During the conflict and problems time in an organization, projects, at times, seem to be blocked from moving forward. At this crucial time, innovative and creative solutions are required to help the project survive through this difficult time. Problem-solving methods and tools are considered predefined ways that can be used to organize thoughts to carry on the production process. These methods can be used in various professional, educational and personal domains.

Many creative problem-solving methods have been discussed here before such as reverse brainstorming, mind mapping, SCAMPER and more. However, these methods depend on team discussion and creative thinking based on the team experience and creative ability. While the unrestricted nature of these methods contributes to creative and innovative thinking, the results may be unpredictable and not relevant to a given project. The results of each discussion may not be viable in further parts of the project. Even in an innovative project, a coherent problem solving matrix should be applied in the time of conflict and problems, when there is limited time for open discussions.

TRIZ is one of the problem solving methods that depend on previous experience and logic/research rather than unpredictable thinking. TRIZ argues that we should stand on the shoulder of giants while solving problems. Years of research conducted by thousands of engineers to reach innovative solutions for repeated problems should be considered as one of the essential tools to solve problems. If a problem exists while a specific problem has been solved in another project, this experience can save time, effort, and cost instead of starting from scratch.

TRIZ is a Russian acronym for the term “theory of the resolution of invention-related tasks”. was developed during the era of 1946 – 1985 in the USSR by Russian inventor and author, Genrich Altshuller and his colleagues.. TRIZ depends on studied patterns of problems and solutions. More than three million patents have been used to discover these patterns in order to solve future problems based on a previous literature. TRIZ has been first introduced in “On the psychology of inventive creation” published in 1956 in Issues in Psychology journal. The theory has been widely used in different project management systems and Six Sigma processes.

Generally, the theory is based on the hypothesis that “Somebody, sometime, somewhere has already solved your problem or one similar to it. Creativity means finding that solution and adapting it to the current problem.”

This hypothesis builds a universal connection to the current problem or similar one which was solved in a different domain such as different place or industry. The principle of this historical solution can be imported and implemented in the existing problem. Based on researching this hypothesis, the main findings have been discovered –these findings represent the basics of TRIZ theory:

The figure above suggests that there is a fundamental contradiction is the reason behind any problem, eliminating this contradiction contributes to finding the solution for the problem. The contradictions in the TRIZ method are categorized based on its nature into technical and physical contradictions as following:

The technical contradictions which exist in the system prevent it from reaching a specific goal or to achieve the desired solution. In other words, when the team aims to achieve a goal, another contradiction in the siesta halts process. For example:

The physical contradictions occurs when the project or system has opposite requirements. So, the same part of the system is having two opposite needs such as the following:

Many solutions and methods have been implemented via the TRIZ method to solve problems. The most commonly used is the TRIZ 40 principles. These principles are used to eliminate contradictions and suggest general solutions in steps two and three of the TRIZ flow discussed earlier in this article. Based on the TRIZ journal, the 40 principles include the following:

Each of the above principles represent a solution for generic problems such as the following:

This principle suggests to separate the interfering part causing the problem from the object. For example, the noisy compressor can be separated from the interior of the building and placed outside the building.

This principle refers to making one part pass through a cavity in the other. For example, designing the door sensors to count the number of consumers getting inside an outside the building.

The TRIZ method for problem solving is able to provide a predicable way to solve problems based on previous knowledge and principles. This prediction ability qualifies it to be used in times of crisis. While most of the existing problem solving methods depend on team meetings and discussion, this method loads the project with time, effort, and cost. Therefore, the discussion-based methods can be replaced with a TRIZ method during a critical time and solves the need to solve problems quickly without further team discussions. This method can help managers to take decisions based on the 40 principles and reach predicable results.

Intensive practice should be applied in order to understand each principle and evaluate the current problems. TRIZ Journal provides full information about the method and how to practice it. Below are more resources that can provide more in-depth research about the method: 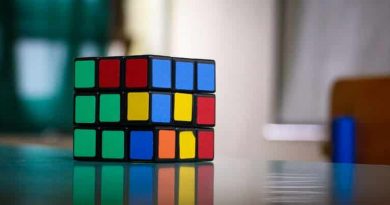 Previously, we covered the TRIZ (Using the TRIZ Method for Creative Problem Solving) as one of the most effective methods to solve problems using innovative ideas. Unlike the other problem-solving