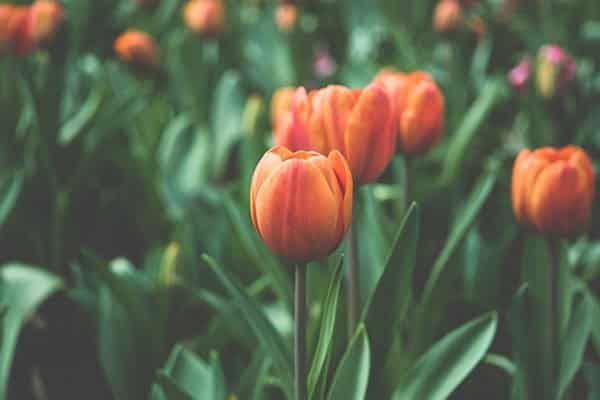 Both scholars and practitioners agree on the important of design as a key player in the government’s economy, and this can be observed in many countries that have applied national design strategies. This leads us to number of questions, such as; what are the most creative countries in the world? And how can we evaluate the nation-wide creativity for a specific country? In order to answer these questions, in 2011, the Martin Prosperity Institute established the Global Creativity Index (GCI), a study aims to investigate creativity of 82 countries.

Technology – this factor is considered the key factor of economic progress as it evaluates the country’s capabilities in fields such as inventions, manufacturing improvement, technology-based economies, and societal productivity. These capabilities are assessed based on 1) research and development spending, 2) R&D workforce, and 3) patented innovations. At the top of the list of this factor is Finland, then Japan comes in second place, followed by United States in the third place, Israel in the fourth, and Sweden in the fifth place.

Talent – this factor evaluates the country’s ability to generate, attract, and retain skills as an essential factor to sustain economic success. The talent is measured based on two factors; 1) the average level of educational attainment and 2) the percentage of the people working in the creative class. Finland is considered the top ranked country in the talent factor, followed by Sweden in the second place, Denmark in the fourth, New Zealand in the fifth place, and Norway in the sixth place. United States comes in the eighth place and Canada in the 17th place.

Tolerance – this factor represents how the attraction of both talent and technology reflect on the openness to new ideas and people. The factor is measured based on 1) Gallup surveys of openness to ethnic and 2) racial minorities. At the top of this rank factor is Canada in first place, followed by Ireland in second place, Netherland in the third, and New Zealand in the fourth.

While the advancement in one factor does not reflect the same position in the over all GCI rank, the Scandinavian nations dominate the higher rank among the other developed countries. The ten countries below are occupying the first positions in the GCI rank chart. The number listed next to each country reflects its rank in the Global Creativity Index based on its overall score:

Sweden takes first place in the GCI rank with a total score of 0.923 with high position in the talent and technology and lower rank in the tolerance. The Swedish technology rank is 5, talent rank is 2, and tolerance rank is 7. This position has been maintained since the GCI index in 2004.

United States moved from fourth place in the previous study in 2004 to second place in the 2011 version. The total index score is 0.902 with strong advances in the technology ranks with the place number 3, talent rank is 8, and the tolerance rank is 8.

Finland takes the 3rd place with an overall score 0.894. While it maintain the first positions in both the technology and talent, Finland recorded a lower tolerance rank of 19, which affected its overall GCI score and rank. In terms of technology, Finland takes first place in researchers, third place in R&D investment, and fourth place in innovation.

Denmark takes fourth place and is the first Scandinavian country in the top 10 list with GCI score of 0.878. While Denmark maintains a high talent rank of 4 and the technology rank is 7, its tolerance rank at 14, which affected its overall score.

The first country outside Europe and North America to appear in the list is Australia with a total GCI score of 0.870. Its technology rank is 15 and is the lowest among the first five top countries. The Australian talent rank is 7 and the tolerance rank is 5.

The overall score for New Zealand is 0.866 with an advanced position in both talent (fifth place) and tolerance (fourth place). The low technology rank (19th place) affected its overall all score.

While Canada is seventh place in the overall score (0.862), it is ranked as the first country in the tolerance rank. However, its position lagged slightly behind in the technology rank (11’s place) and talent rank (17th place).

Norway shares the seventh position with Canada with the same GCi score (0.862). Its technology rank is 12, talent rank is 6, and tolerance rank is 11. This number reflects a correlation with entrepreneurship, human development, and happiness.

The only country in Asia that maintained a place in the GCI top ten creative countries is Singapore with a total score of 0.858. It takes third place in the talent rank as it has an advanced public university system as well as specialized private schools. Singapore technology rank is 10 and the tolerance rank is 17.

At 10 place of the GCI is Netherlands with an overall score of 0.854 and high ranks in both talent (11st place) and tolerance (3rd place). The technology rank is 17, which affected the overall score.

The Global Creativity Index includes a total of 25 countries that are considered the top creative countries in the world including United Kingdom in the 13th place with overall score of 0.789, and France in 15th place with a score of 0.764. Germany shares 15th place with France with a same index score and advance in technology (ranked number 9). In the end of the end of the list lays Greece with advanced rank in talent (9th place), Slovenia, Serbia, and Israel with advanced rank in technology (4th place).

The Global Creativity Index provides a tool to measure the creativity level in different nations based on the 3 Ts; technology, talent, and tolerance. These factors allow researchers to evaluate each country and give an overall score for its creativity level. Also, it provides a guide for these countries to understand their weak points related to the creative sector in order to improve its creative index. For more detailed information as well as study results, a PDF copy of the study is located in the Global Creativity Index document.