A quick overview of common problem solving techniques indicates that most of these methods focus on the problem rather than the whole eco-system where the problem exists. Along with the challenges of global economy, problems turn out to be more complicated and sometimes awakening problems. Climate change, traffic problems, and organizational problems that have developed through the years are all complex problems that we shouldn’t look at the same way as simple or linear problems. Part of the problem of thinking about a complex problem is the way we approach it, which may contribute to making the problem even more complex. As stated by Albert Einstein, “The problems cannot be solved using the same level of thinking that created them.” Systems thinking tends to focus on the broader ecosystem rather than the problem itself.

Systems thinking was developed by Jay Forrester and members of the Society for Organizational Learning at MIT. The idea is described in his book, The Fifth Discipline, as follows: “Systems thinking is a discipline for seeing wholes. It is a framework for seeing interrelationships rather than things, for seeing patterns of change rather than static ‘snapshots.’” A common example of the systems thinking method is the life around us where multiple systems interact with each other and are affected by each other. This wide perspective of systems thinking promotes it to solve complex problems that are dependent on external factors. Below are some of the stations that system thinking may contribute to solve.

In order to understand systems thinking, a number of concepts should be highlighted in order to define the relation between the problem and the other elements in the system and how to observe this relation in order to reach an effective solution. These principles include the following.

In their paper Six Steps to Thinking Systemically, Michael Goodman and Richard Karash introduced six steps to apply systems thinking principles while solving complex problems. These steps were part of their case study to Bijou Bottling company’s problem of getting their orders shipped on time.

The first step in solving the problem is to understand it, and this can be achieved through looking deeply at the whole system rather than individual parts. This step requires meeting with the stakeholders to share their vision about the situation. One of the common tools to build this understanding is to utilize Concept Maps, which are graphical tools used to represent the organization or a structure of knowledge. Concept Maps visually present the system’s elements, concept links, proposition statements, cross-links, and examples.

When thinking about a problem, we are influenced with the current situation that is reflected in our analysis, yet the problem follows a time dimension, which means that it should be tracked through the time. The Behavior Over Time graph draws a curve that presents a specific behavior (Y) through the time (X). This graph helps us to understanding whether or not the current solution is effective.

At this point, there should be a clear vision about the problem solving process, which is defined in the from of a statement that indicates the team’s target and why the problem occurs.

After having clear vision about the problem through the proposed statement, the system structure should be described, including the behavior patterns. Building these patterns helps in understanding more about the problem, and it can be formed as a system archetype.

Step 5: Going Deeper into the Issues

After defining the problem and the system structure, this step tends to understand the underlying problems through clarifying four items: the purpose of the system (what we want), the mental models, the large system, and personal role in the situation.

The previously collected information is used to start the intervention phase, where modifications to the current problem relate parts to connections. This intervention attempts to reach the desirable behavior.

One of the direct examples of adopting the systems thinking method was presented by Daniel Aronson highlighting insects who caused damage crops. Traditional thinking to solve crop damage is to apply more pesticides to reduce the number of insects and subsequently reduce the crop damage. However, this solution solves the problem for a short term. In the long run, the problem isn’t truly solved, as the original insect eating the crops are controlling the population of another species of insect in the environment either by preying on it or competing with it. Subsequently, the crop damage increases again due to the increasing numbers of other insect species.

Observing the ecosystem that includes both the insects and the crops, systems thinking suggests exploring a solution that ensures reducing the crop damage in the long run without affecting the environmental balance, such as deploying the Integrated Pest Management that has proven success based on MIT and the National Academy of Science. This solution tends to control the number of an insect species by introducing its predators in the area. 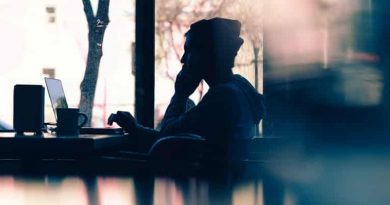 The systems thinking theory combines understanding how complex systems integrate with each other and solve complicated problems that involve multiple inputs outputs from these systems. The theory can also help 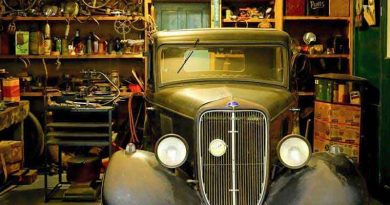 Design Schools Should Teach Systems Thinking and This is Why

In simple words, system thinking means understanding the big picture of the current situation through recognizing its different elements, how they interact with each other from one side and external