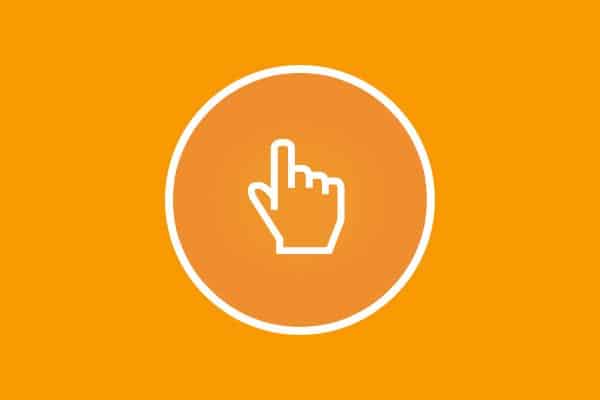 Many products in the market can be beautiful or full of functions and features, but are hard to use. These products reveal the importance of the user experience process, which tends to bridge the gap between products and end users by directing the whole production process towards a human-centered design approach.

Many companies agree that the right implementation of the UX design process can lead to product success, and subsequently, a higher return of investment (ROI). In his article, “Dollars and Sense: The Business Case For Investing in UI Design,” Peter Eckert highlighted that “every dollar spent on UX brings in between $2 and $100 dollars in return.”

“every dollar spent on UX brings in between $2 and $100 dollars in return.”

The core purpose of the UX design process is to use a number of tools and methods that ensure the design and functions of the UI target the end consumer and provide a user-friendly experience while navigating or using the product. Five factors can be highlighted as the reasons behind this process failing:

One of the major reasons for failure of the UX design process is a wrong understanding of it and how to implement it in the production process. The UX design process should begin in an early stage of production. UX experts integrate with the design team, marketing team, and CEOs to build a solid understanding about the consumer through a UX research process. Both UX experts and marketing researchers use similar methods to collect primary and secondary data about consumers, such as surveys, interviews, focus groups, observation, and others.

The UX team should be involved in the research process in order to collect data that can contribute to building solid UX recommendations for both the design and developing teams. Many companies limit the UX team by sending incomplete or useless data that may lead to building wrong UX reports.

The UX team is different from the design and marketing teams. Hiring the wrong team for the UX design process or assigning it to the inappropriate team may lead to conflict, and subsequently, failure to achieve consumer satisfaction. UX experts should merge both the designers’ and marketers’ experiences, provide excellent communication skills, and avoid being biased to a specific opinion or design style. UX experts convert collected data to wireframes and recommendations that should be implemented in later stages.

UX experts should be able to handle information and process it in different directions, including interaction design, visual design, information design, and developing product functions. Hiring a team that lacks these skills will eventually lead to a failed design process and a product that no one wants to use.

3- UX team does the wrong job

During the project, different processes are implemented at the same time or with intervals, including market research, UX research, design process, and others. These processes may cause confusion for project managers who need to define who does what. One of the teams most affected by this confusion is the UX team, especially when the UX design process is not a clearly defined role of the team.

A conflict may occur between the design and UX teams as the design team does UX-related tasks and vice versa. For instance, the UX team isn’t responsible for UI design; they provide the wireframe that designers use to build the final product design.

The UX process requires collecting feedback about the product after delivering it to consumers in order to provide future enhancements for it. However, the UX team isn’t responsible for tasks such as testing the product before or after they deliver it to consumers.

While the UX design process should be implemented in an early stage of project development, many companies start to add the UX process when they experience problems with the product during or after delivery. The designer may not be able to build a better understanding about the client, resulting in the design being less user-friendly. Another disadvantage of late hiring for the UX team is the modifications that may occur due to the changes that are required after collecting and processing the correct data. This iteration process may put the project at risk due to the increasing time, effort, and costs required to apply these changes.

5- UX process is isolated from the whole production

Part of the wrong understanding of the UX design process comes from isolating the UX team and limiting its role to building wireframes for the design team to follow. The UX team should not be isolated from the rest of the teams or the project stages. As mentioned earlier, the UX design process starts at an early stage of project development. The UX team decides on the research methods and the type of data to be collected in order to build a clear understanding of the consumer. Then, the data is collected and processed in the form of a wireframe, and recommendations to the design team follow. After the project is delivered, the UX team should be able to collect feedback about consumer opinions and experiences of the product in order to use it in the iteration stages.

The UX design process is a key factor to delivering a successful user-friendly product that places consumers at the center of the process. Studies have shown that investing in the user experience can lead to a high return of investment. However, many companies fail to achieve this goal due to a number of factors, such as a wrong understanding of the UX design process, hiring the wrong team, assigning the wrong tasks to the UX team, hiring the team in later stages, and isolating the UX team from other project development stages and teams. Avoiding these mistakes can lead to a successful UX design process, and subsequently, a successful product.