Part of the design process is to build a deep understanding about users’ behaviors and how they tend to use products or applications. This can be achieved through user experience research, a process that involves collecting and processing user data to build a product prototype with the user experience in mind. Reasoning is a common method in research that aims to reach a conclusion based on either inductive reasoning or deductive reasoning.

In deductive reasoning, the researcher starts with general information and moves forward to narrow the possibilities to reach a conclusion based on high certainty. An example of deductive reasoning is as follows: All mammals have brains; monkeys are mammals; therefore, all monkeys have brains. Another example: All birds have feathers; eagles are birds; therefore, eagles have feathers.

Generally, there are three main types of inductive reasoning based on how each tool considers the observed information in the concluded results.

Statistical Induction is similar to the inductive generalization. However, it is based on statistical information that predicts a specific conclusion based on numerical probability. For example: 90 percent of smokers are at risk of lung diseases; John is a smoker; therefore, John has a 90 percent chance of lung disease.

One of the advantages of using inductive reasoning is that it can be applied based on incomplete information, as it is based on observation. This is one of the most important research methods in the user experience research. More understanding of user behavior can be acquired from observing how users interact with the product or application. Inductive reasoning can be used to turn these observations into hypotheses that can be used in the next steps of the design process in an early sage of the research process, based on secondary research methods such as local publications or observation as the primary research method.

For example, observing user behavior can build an understanding of how the product or application should be designed. If the researcher observed that older male users can’t see small font size, then inductive reasoning may lead to the hypothesis that all older users won’t be able to see the small font. Then, the design may consider that fact and use a proper font size for all users.

Another advantage of using inductive reasoning is the low cost required to conduct the research, as the results are based on a quick build for the hypothesis, which is based on the observation without the need for sophisticated research methods such as interviews or focus groups. In terms of the time, applying this method allows collecting and building understanding about the user without a method primary research from scratch.

Adopting inductive reasoning helps to reduce the time and cost spent on the user experience research by depending only on the observation. It aims to build a hypothesis based on this observation, which reduces the cost of the research and the time dedicated to the research stage of product development. 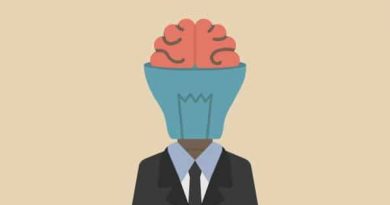 When it comes to building a user-centered design, the core target is to have a solid understanding of the user experience and how users navigate through different design layout elements.