3D printing technology is one of the rapidly growing fields that has been involved in different industries including, but is not limited to industrial design, product design, and medical implementations. The affordability of 3D printers, plus their easy installation and usage, make it a very appealing technology for designers to visualize their ideas in the form of physical prototypes. While there are different technologies that are applied in 3D printing (also known as the additive manufacturing technology), the core concept behind it is similar. Additive manufacturing technology is based on the CAD computer file, which is read by the computer and sent to the additive manufacturing device such as the 3D printers. The printer starts to build the CAD model by adding layer-upon-layer of the material used in 3D printing.

In this article, we explore the different types of the 3D printing technology based on three main methods: Fused Deposition Modeling (FDM); Stereolithography (SLA); and Selective Laser Sintering (SLS).

This is considered one of the most common 3D printing models due to its affordability and easy to install and maintain. The technology was first coined to Scott Crump, Stratasys Ltd. founder, in the 1980s. It is the technology currently used in desktop 3D printers and it uses production-grade thermoplastics. In this technology, the 3D printer head (extruder) is heated so it can extrude the thermoplastic filament to create layers that are added on top of each other to form the final model. The extruded thermoplastic feeds the extruder in a form of a filament that melts through the extruder and the layers are then added on top of each other on the printer bed, where it then cools down and builds the model.

In the FDM technology, there are two types of plastic filaments to use the ABS and PLA. The ABS (acrylonitrile Butadiene Styrene) is a strong material that can be carved accurately and it is durable and heat resistance. The other material is the PLA which is plant-based and has a low melting point.

Fused Deposition Modeling is considered one of the most affordable technologies owing to the cheap price of filament packages and the price of the 3D printers. All the affordable desktop 3D printers use this technology, and it can be installed and used easily on small design studios. The principle of extruding the printing material contributed to the expansion of the applications of this technology to allow printing with different materials such as food, cement, and biological cells.

The disadvantages of this technology are mostly related to the quality of the printed models and the time required for the printing process, which make it more suitable for prototyping rather than building a final product. Additionally, the FDM technology is limited with the size of the printers which limits the ability to build larger models.

Unlike FDM 3D printing, the Stereolithography uses a special 3D printer called the stereolithograph apparatus (SLA). The technology uses a liquid photopolymer called resin. Instead of the extruder, a laser beam moves through the liquid photopolymer according to the original CAD file, which is data sent to the 3D printer in STL format. As the beam moves through the resin, the material is turned into a solid model.

The advantage of stereolithography 3D printing is the quality of the output as the surface of the created models is smoother when compared to FDM technology. Additionally, the printing speed is faster than the desktop 3D printers and can print with larger sizes (up to 210x70x80cm). The main disadvantages are the prices of the 3D printer and liquid resin.

Another related type of 3D printing SLA is the Digital Light Processing (DLP). In this type, the laser beam is replaced with a micro mirror laid out on a semiconductor chip. The liquid resin is hardened quickly when affected by a large amount of light.

This technology is similar to the SLA 3D printing as it depends on laser beams, such as a carbon dioxide laser. instead of directing the beam to a resin, it is directed to a powder or two powders in order to create the model from different materials such as plastic, metal, ceramic, and glass. Unlike other 3D printing technologies, the SLS method does not need the object to be supported while building it because it is built inside the sintered powder.

The SLS system is remarkable for its quality and ability to print complex models; however, the use of a high power laser makes the printing very expensive. There are some attempts to reduce the price of this technology such as the work by Andreas Bastian, who is developing an SLS printer that can use wax and carbon materials.

Another type of SLS is the Selective Laser Melting (SLM). In this technology, a high-power laser beam fuses and melts metallic powders together. The main difference is that the SLM fully melts the material in order to create the 3D printed model. This technology is used to build complex structures with hidden channels or walls. Another type of SLM is the Electronic Beam Melting (EBM), which uses the same technique but replaces the laser beam with an electron beam.

3D printing technology is rapidly developing and the above types are applied in different printers. The difference between each of the above 3D printing technologies varies based on the cost, quality, speed, and the ability to print complex forms. Therefore, designers need to choose the proper 3D printer for their work based on these factors in order to reach the desired outcome. 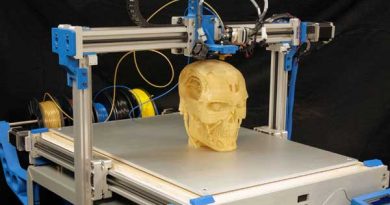 Can We Depend on 3D Printing Technology at the Production Level?

First of all, I am one of the biggest fans of the new 3D printing technology and see it as a game-changer in the product design industry. It opens the 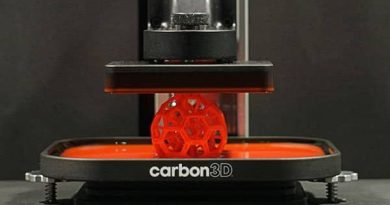