Last week, the UK decided to leave the European Union after more than 40 years of membership. The national referendum results were 51.9% to leave, while 48.1% to stay. The decision was not only shocking for many people: it has also shocked the British and global economy. Anyone who knows how to invest in stocks UK will tell you about the Brexit decision, and that it has a direct impact on the economy: stock markets fall, the British banking sector has been hit, and the British pound sank 10%. How did the British people make their decision? Many tools can be used to analyze situations and take decisions. In this article, we explore the application of one of these tools, the SWOT Analysis, to the Brexit decision. The final result of applying this tool do not suggest a right or wrong decision; rather, it provides an example of applying similar tools to different decision-making processes.

The tools that will be used in this article is the SWOT Analysis tool. In a previous article, SWOT Analysis: Exploring Innovation and Creativity within Organizations, we described the tool as “A SWOT analysis is one of the methods that is used to evaluate strength (S), weakness (W), opportunities (O) and threats (T) involved in innovative ideas and strategies. It can be applied to products, services and strategies. Those four factors evaluate both internal and external factors related to a specific project, service or strategy.”

The main four factors in the tool is described as below:

SWOT analysis for the UK’s decision to Brexit

The SWOT analysis for evaluating the British decision to leave the EU is based on four factors; strength, weakness, opportunity, and threat. The below analysis is based on the opinions of both pro-Brexit and pro-EU campaigners. These opinions are categorized based on the SWOT four factors to identify if the decision to leave is right or wrong based on a balanced analysis. Each reason to stay or leave was numbered in order to have an understanding of the reasons highlighted under each factor. However, the number cannot be considered an indicator or reflector to the final decision that should be taken because some reasons are more powerful than others. For example, there is a general agreement that the economic and security-related reasons have high importance when compared with other reasons such as British tourism in Europe.

The factors below are based on a number of resources that are listed at the end of this article. Your feedback and comments about any further factors that can be listed in their analysis can be added in the discussion area below:

Below are the suggested strengths of the Brexit decision:

1- Release restrictions on SMEs: Small and medium enterprises (SMEs) did not receive many benefits from membership of the EU, yet they faced restrictions related to the trade regulations between EU member countries. By exiting the EU, SMEs will be able to release some of these regulations which can lead to positive impact on this important part of the economy.

2- Sovereignty: Being part of the EU, the UK does not have full control over its own borders and affairs. The UK had given part of its control over the decisions related to the borders in exchange for the trade and other security benefits as one of the EU members. While the UK is still bounded by the membership of Nato, the UN, and the World Trade Organization, leaving the EU will contribute to gaining more control over the UK’s own sovereignty.

3- More jobs and housing: Currently, there are 1.7m European and 2.93m International workers in the UK, and this increasing number of immigrants led to difficulties relating to housing and service provision, and workers sometimes are required to show proof of income from these companies. Although immigration will not be cut after Brexit, the UK government will have control over its own borders and immigration policy.

4- Reduce terrorism: With increasing security threats, the Leave campaigners believe that staying in the EU would keep the door open for terrorism and security threats, and would reduce the ability to control borders and check people.

Below are the suggested weaknesses of the Brexit decision

1- Shrink the UK market: as an EU member, the UK is part of the single market in which no tariffs are applied to imports and exports between the member states. As 50 percent of the UK’s exports go to EU countries, this has given UK a say over the trading rules and regulations. Leaving the EU will contribute to shrinking the UK market and reduce its negotiating power as it will leave its powerful seat at the EU members table.

2- Reduce the flexible movement in EU countries: Under the EU umbrella, both academic and industry talent were able to move freely between EE countries, which has had a positive impact on the research and innovation in UK. This has allowed the UK to solidify its position as one of the top leading countries in the field of innovation. In a survey conducted by the Design Week magazines, 98 percent of the designers have voted to remain in the EU driven by the fear of recession, limited access to EU clients, and freedom of movement for talents.

3- Drop in Tax revenues: As 50% of UK trade is exported to EU countries, British exit will have a significant impact on the tax revenues as they will shrink unless other markets are opened or the UK keeps its position as a member in the open trade agreement, the European Economic Area.

4- Loss of Jobs: In a comparison on TheWeek, the jobs issue has been highlighted as currently there are three millions job that may be lost if UK leaves the EU. These jobs are related to the trade between the UK and EU. While the whole number may not suffer unemployment with Brexit, many jobs will be affected due to the regulations related to visa and immigration laws between countries.

5- Finding talented workers: In an article by Professor Adrian Favell in the London School of Economics, he highlighted that the UK is one of the countries who benefit from the free movement of labor in the EU. Leaving the EU will shrink the number of candidates which companies can choose from.

6- UK’s place in the World: Remain campaigners think that being part of the EU contributed to the UK to having more influence in Europe which can bring more benefits for the UK in comparison to its position outside of the EU.

7- Access to European countries: As part of the EU, Britons may live, work and stay in any of the EU countries. While English families may find university tuitions are expensive in UK, they can travel to other countries to get their degrees for lower cost (this does not apply in Scotland; the education and funding systems in Scotland are different from England). The British can also travel for tourism and trips around Europe with less cost and effort when compared to other countries outside the EU.

Below are the suggested opportunities of the Brexit decision

1- Cost-saving: As a member in the EU, the UK contributed with GBP 13bn for the EU and received GBP 4.5bn worth spending. This means that the net contribution is GBP 8.5bn, which is 7 percent of the government spending on the NHS each year according to the Full Fact.

2- UK place in the World: In contrast to the Remain campaigners’ belief, Britons who support Brexit believe that leaving the EU will help the UK to reestablish itself as one of the world leaders and an independent nation. Those supporting Britain’s continued membership of the EU believe this point is a disadvantage which is highlighted in the Weakness below.

Below are the suggested threats of the Brexit decision:

1- This has never happened before: A few hours following the referendum declared the British people’s decision to leave the EU, stock markets were dramatically affected as British banks were hit by a $130bn loss in the Friday trading following the referendum. The British pound sank as low as $1.35, a 10 percent drop in its value and the lowest level since 1985. No other country has left the EU and fear of recession has hit the market confidence.

2- Reduce the attraction of the UK market: One of the attractive factors in the UK economy is being part of the EU. So, companies such as Nissan can build its factory in UK and export cars to all the EU without paying any tariffs. After the Brexit, the British economy may lose this advantage.

From my personal perspective, the Brexit has indicated many Weakness and Threat points in relation to the economy, which is considered a major factor that should be considered wisely when making such a decision. The above factors are based on our short-term analysis for the Brexit and it concludes that the Brexit decision was not a proper one to take. However, the British people have a long history of historical decisions and this decision can be one of these decisions which we need to observe in the following years and decades.

The below resources were used to build the above SWOT analysis:

What are the pros and cons of Britain exiting/staying in the EU?

Brexit pros and cons: should Britain stay in the EU?

Brett: The pros and cons

EU referendum: How would a Brexit affect the design industry? 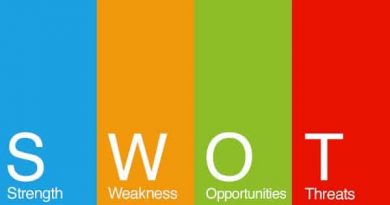 Innovation and creativity are considered by many strategists a key factor of business success and prosperity. However, only one from six ideas achieve the goal and return profit to the