Unlike regular jobs, designers are required to handle various of tasks on different levels. This challenge increases when working as a freelancer or working in your own start-up. The majority of designers complain about the lack of time available to achieve their tasks within the required deadlines. While many believe they can re-organize tasks in order to gain more time, I always advise my students to master time management instead of depending on procrastination  which leads to losing not only clients but also reputation.

In order to achieve better time management for queued work, three main factors can be used to prioritize tasks: time, impact and effort. Assuming that the time of the tasks is fixed, then two main factors can be used to determine the priority of tasks: impact and effort. The impact can reflect any type of advantages such as profit, market exposure or improved competitiveness, while the effort represents the efforts required or the cost spent to complete the task. The Action Priority Matrix is one of the time management tips that can be used to organize the tasks based on those two factors.

The Action Priority Matrix is a graph of two axes; the X axis represents the impact, and the Y axis represents the effort spent in the task, both values range from low (in the zero point of the axis) to high as shown in the figure below. In this method, the tasks are categorized into four types: Quick Wins, Major Projects, Fill Ins and Hard Logs. Each of the four categories can be defined as below based on its priority:

Quick wins: these tasks have the highest impact or return on investment (ROI) possible with the lowest level of effort. As there is a correlation between time and effort, this task may also be characterized with its short deadline or dedicated time to achieve it. It is advisable to place these tasks in the topic of your priorities.

Major projects: these tasks have high impact but they require higher effort or cost comparing with the quick wins; they are, therefore, placed in the second priority in the list. As both types have the same high impact, there is usually a conflict between them. Designers may find it hard to set a priority between both of them as a result. Therefore, the priority should be organized wisely so none of these tasks directly affect the other.

Fill ins: these tasks have low impact and low effort, which places them in the third priority after the quick win and major projects. This task can be delayed if either a quick win or major project task has arisen, or they can be placed in a less productive time or when the time is available.

How to Use the Action Priority Matrix

In order to successfully adopt the Action Priority Matrix method, it should be turned from a method to a habit and needs to be adopted over the long term. The use of this tool will improve given practice, and you will be able to have a better understanding of the impact of the different tasks and the effort to prioritize them properly.

In order to apply the Action Priority Matrix, you can follow these steps:

The time management allows designers to improve the efficiency of their time by prioritizing tasks. One of the methods that can improve time management is the Action Priority Matrix that aims to prioritize tasks based on their impact and the effort spent on each task. The visual graph helps us to easily identify the different tasks and organize them based on four categories: Quick Wins, Major Projects, Fill Ins, and Hard Logs. Frequent usage of the Action Priority Matrix can help designers to develop a better understanding of the different tasks and improve their time efficiency. 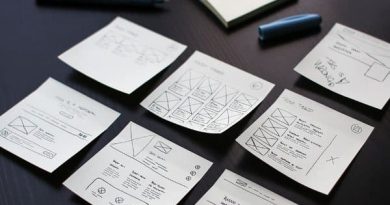