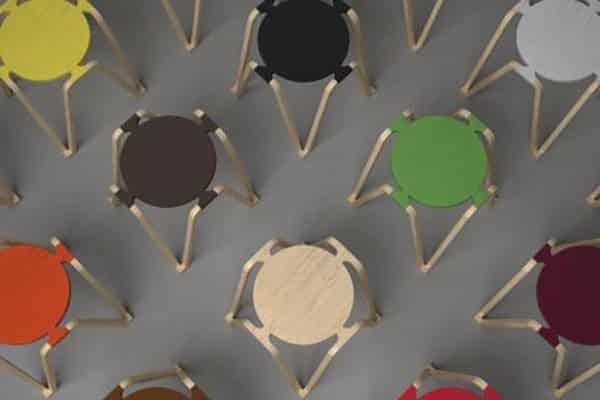 The term “open” is added to different fields such as design, innovation, and software in order to reflect co-creation principles with users contributing to the final design, either by assembling the product, customizing it, or adding more functions to it. A good example of open design is IKEA’s products that can be bought in separate parts that are flat-packed and are to be assembled by the consumers at their homes using the illustrated IKEA guide. In computer science, the term “open-source” means that the operating systems, software, and applications can be modified by the end user. The “open-source” movement was initially coined by Eric S. Raymond, Tim O’Reilly, and Larry Augustin in 1997. In 1999, Dr. Sepehr Kiani, Dr. Ryan Vallance, and Dr. Samir Nayfeh established the Open Design Foundation that aims to research further into open design.

While talking with my colleagues, our product designer, Adrian Peach, highlighted the Red and Blue chair that was designed in 1917 by Gerrit Reitveld (1888-1964) and used to reflect the De Stijl movement. While the chair design itself was not presented as an open design model, it had a simple design that was dependent on a wooden plane connected to each other with dowelled joints.

Earlier implementations of the open design principles can be traced to the 18th and 19th century. In his research, “Collective invention during the British Industrial Revolution: the case of the Cornish pumping engine” that was published by the Cambridge Journal of Economics, Alessandro Nuvolari highlighted collective invention settings as a crucial source of innovation during the early phases of industrialization.

Why Do We Need More Open Design?

Many modern trends have highlighted the importance of utilizing resources from outside companies in addition to internal resources, such as implementing open innovation and open business models. Shared benefits can be highlighted when utilizing open design in products and services:

One of the most common open design product examples is IKEA’s self-assembly products. Consumers buy IKEA products as flat packed and assemble it using the famous IKEA illustrated guide. However, many initiatives tend to provide open design products where consumers can download the blueprints and documentation and start building the design themselves. The pod stool, which was designed by French designer Samuel Javelle, allows consumers to download the required documentations. They can cut the material themselves using a milling machine and assemble the final pieces using wooden screws.

Another open design product is the Never Ending Bench by designer Félix Lévêque. The product was introduced during the Fablab Squared in 2011, and it is made of wooden pieces that are placed side by side to expand the bench’s length. The documentation and blueprints of this product are available for download.

The Delight Lamp is an open design product introduced by the Open Design club for emergency flood control. The product is created using sandbags, and consumers can download the documentation and follow the PDF instructions to assemble it.

Another design is Ronen Kadushin’s Italic Shelf. Easy to produce and assemble, the system consists of only two parts of plywood shelves and spaces. The product can be easily built and customized using the documentation available on their website.

The nature of the 3D printing industry supports open design principles, as consumers only need to have the 3D printer in order to download and print the product. This overcomes many of the obstacles of open design such as the lack of materials from the client side or lack of experience in assembling product elements. In my recent research in the Design Management Review, “Designing the 3D-Printed Prosthetic Hand,” one of the open design examples mentioned was the Enabling the Future project. This was started in 2011 as an open source initiation to help children with physical disabilities by offering them 3D printed prosthetic hands at an affordable cost. The initiation website includes all the necessary CAD files for building 3D prosthetic hands. Children and their parents from around the world can print the pieces using local 3D printers and assemble it to fit their children’s hands.

Along with the development of technology and the need to build a sustainable environment, open design can contribute to solving many of the obstacles that used to face the traditional closed design industry process. Although there are challenges faced by open design products, new technologies such as 3D printing can be utilized to overcome these obstacles and enable consumers to benefit from the advantages of an open design model, such as the low cost, flexibility and integrity.