Solving problems is considered an initial part of designers’ tasks; they tend to solve consumer or company problems through providing a wide range of solutions depending on the design field, such as service design, product design, or interaction design. However, a clear definition for the problem should be highlighted in order to target the proper solution, including analyzing the causes behind this problem and its impact on the business. Problem-solving tools such as TRIZ and Cause and Effect Diagram are commonly used to allow designers to explore a specific problem before providing the proper solution. The term was first coined by professor Kaoru Ishikawa in his book “Introduction to Quality Control,” published in 1990. The Cause and Effect Diagram is also known as the Ishikawa Diagram, Fishbone Diagram, Ishikawa Diagram, and Herringbone Diagram.

The Cause and Effect Diagram can be implemented during the brainstorming session of development to discover the roots of a specific problem or identify the bottleneck in a specific process through categorizing problems into six main types: people, methods, machines, materials, measurements, and environment. The categorization of the cause of a problem varies based on the industry such as the following:

The name “Fishbone Diagram” comes from the final shape after analyzing the problem, because the structure looks like a fishbone, which is built gradually from right to left during the problem-solving session. The diagram starts with two main sections; Cause on the left side, and Effect in the right side. Then, the possible causes of the problem are explored by creating branches from the line that link between cause and effect sections, as we will explore in the following example. While this diagram looks similar to other creative thinking methods, such as mind maps and starbursting, it focuses on solving problems rather than exploring ideas.

In this example, we tend to use the Cause and Effect Diagram to explore why a design studio is always failing to reach an innovative product or service. We can follow the steps below:

The effect, or problem, is a result of one or multiple causes. Therefore, the problem should be clearly addressed during the meeting in order to investigate the related causes. In the Design Studio example, we start by writing the Effect (Lack of Creativity) or the problem on the right side, as shown in the figure below.

Drag a line from the right Effect side to the Cause side to link between the cause and effect. Then, general causes are drawn as branches from the main line. Any of the above three cause models can be used based on the business or industry. In this example, we’ll use the manufacturing industry model (5 Ms): Machine, Method, Material, Man Power, and Measurement.

After drawing the main general categories, where we can add causes, the discussion starts to investigate all the possible causes for the problem and organize them under the five categories. For example, under Man Power, causes can be a lack of motivation, lack of skills, under-evaluated skills, hiring inappropriate skills, or fixed working hours.

Once the diagram is complete and causes are organized in the model, the next step is to investigate and discuss each possible cause and organize them based on its priority and its influence on the problem. Understanding the different causes may include using research methods such as interview, focus groups, surveys… etc.

When it comes to problems, both designers and managers can fail to find the solution, and part of this failure is their inability to find the correct causes of problems. There are many methods that tend to achieve this goal, such as the TRIZ and Cause and Effect Diagram, that investigate the relation between the effect of the problem and its possible causes. In this tool, the causes are categorized and organized in the diagram in order to build a better understanding of how these causes contribute to the final problem, and to order causes based on their priority as a means of addressing the problem in the final solution plan. 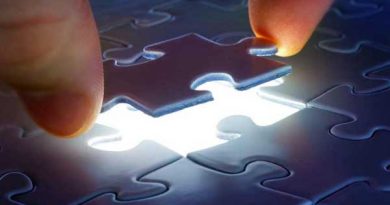 The ability to solve problems is one of the essential strong points inside successful organizations. Seeing the success of a companies’ innovation and creativity does not mean that everything went

2 thoughts on “Problem-Solving Using Cause and Effect Diagram”